Tip of the Week: Using Garnet Glow™ and Golden Aura™ for Energetic Vitality During Seasonal Change 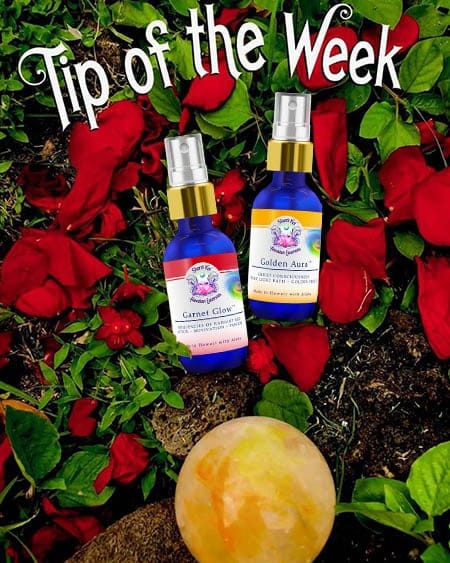 As the seasons are changing and temperatures start to drop a bit, it can be a good time to think about strengthening our systems – both on energetic and physical levels. And for Island locals, even though the outer seasons may not always be as drastic, there are still changes that inevitably take place as you move through different seasons – and with any change comes increased stress, be it good or bad. While eating healthy foods, getting enough rest, and doing activities that help to relieve stress can all benefit our immune systems on a physical level, we can use Garnet Glow™ and Golden Aura™ from Shanti Kai™ to fortify us on a vibrational level.

Garnet Glow™ Essence encourages energy, strength and vitality by working on the root chakra, with ingredients such as Hessonite Garnet and Rio Red Dipladenia, as well as several varieties of orchid. This blend is made with over five varieties of Garnet, which is said to strengthen the heart, liver, kidney, and thyroid chakras, as well as the physical and emotional subtle bodies. The color red, which this Essence contains frequencies of, also represents emotions such a strength, passion and power – and red has long been associates with blood which represents sacrifice and forgiveness.

Our Golden Aura™ Essence works to enhance our Prana – or Life Force – and strengthens our energy field. Gemstone ingredients in this blend, such as Yellow Chrysoberyl and Yellow Tourmaline, help to clear the solar plexus chakra to enable energy to flow freely to all parts of the body and balance the connection between the solar plexus and the crown chakra. Flower ingredients such as Golden Shower Tree help to increase light flow from the 12th chakra and higher, which helps to strengthen your own organic energy.

You could try using these two Essences together twice a day as seasons change to build up your energetic reserves. You can spray Garnet Glow™ first, focusing on the front and back of the lower chakras, legs, ankles, and bottoms of the feet, or wherever you desire. Follow with Golden Aura™ over the front and back of the Solar Plexus, crown of the head, spine, and throughout the aura, or where desired. You can use either of these Essences throughout the day when you feel like you need a little pick-me-up.

Clearing and Balancing Emotional Energy With Lighten Up™ Essence

Emotional stress can weigh you down, dampening your emotions and weighing heavy on your heart. Lighten Up™ : A Walk in the Clouds is our premier Master Essence Blend for emotional clearing and mental lightening.  Lighten Up™ goes to work clearing parts of the mental...

END_OF_DOCUMENT_TOKEN_TO_BE_REPLACED 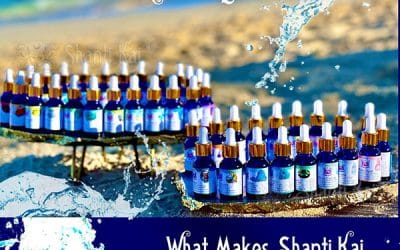 The Shanti Kai™️ Flower and Gemstone Essences are created in the sacred island chains of Hawaii.  With over 15 years of research, countless hours of studies, and over 600 Essences, our Vibrational Essence products are of the finest, most naturally enriched products...

END_OF_DOCUMENT_TOKEN_TO_BE_REPLACED 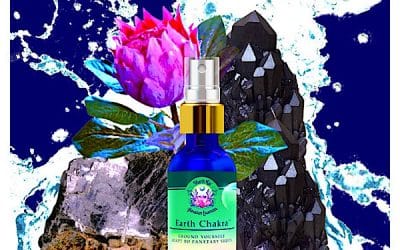 Working With Earth Chakra™ Essence During Volatile Times Including Stress, Duress and Instability

Change, Resistance, and Instability Change always comes one way or another - it's part of life -   It’s true, most humans don’t change unless they’re forced to - and even if you’re open to change, innate, subconscious resistance can mount before you have notice to...